Back to all posts

First and foremost, here are our next confirmed live shows!


Friday, October 3, we will be sharing the stage with Protocols, Attachment, and Bicicleta at the new Hell's Bells.  This show will be a deliciously devastating treat for all of you! 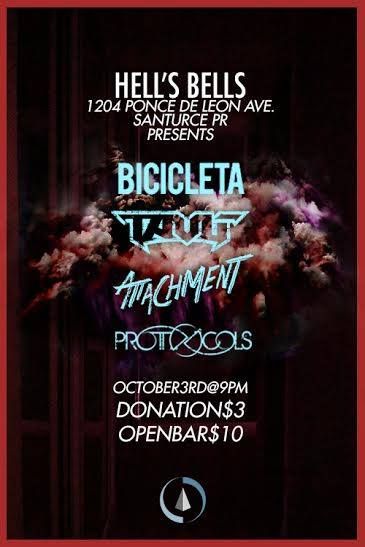 After that, we have a very special presentation on Saturday October 11th alongside Ramón Ortiz, who will be playing songs from his solo project, as well as songs from Puya and Ankla, at the one and only Handlebar!  FREE ENTRANCE.

Then, on Friday October 24th we will be joining US horror rockers Grave Robber, as well as sharing the stage with local friends Raza Sedentaria, Sacrosent, and The Way in Logans Irish Pub! 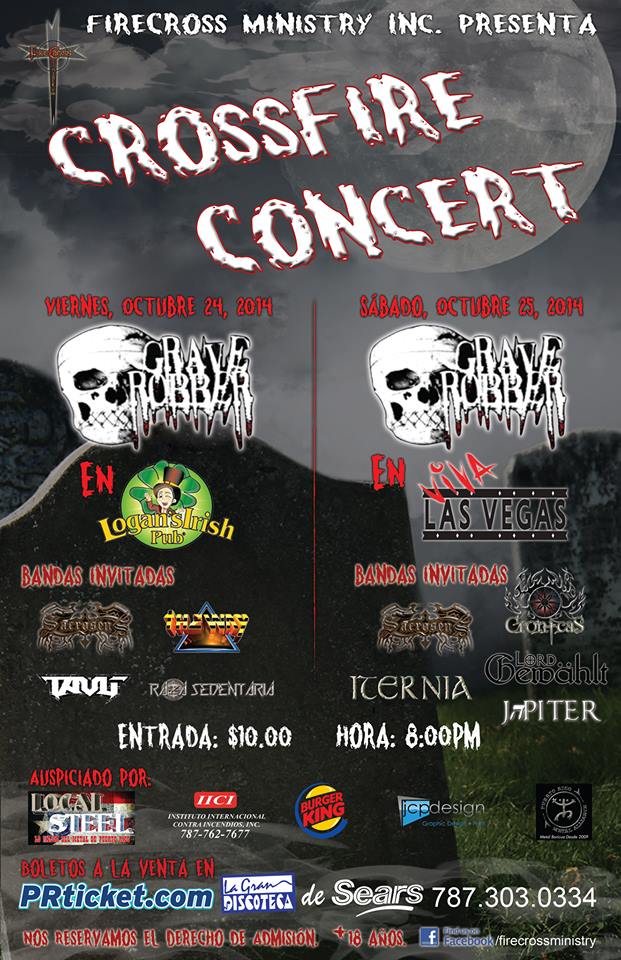 And, although in November we will be busy preparing for December (more on that in a minute), we will take some time to join our very good friends Elements of Fear on in their long awaited Record Release show, Saturday November 22nd in Handlebar! 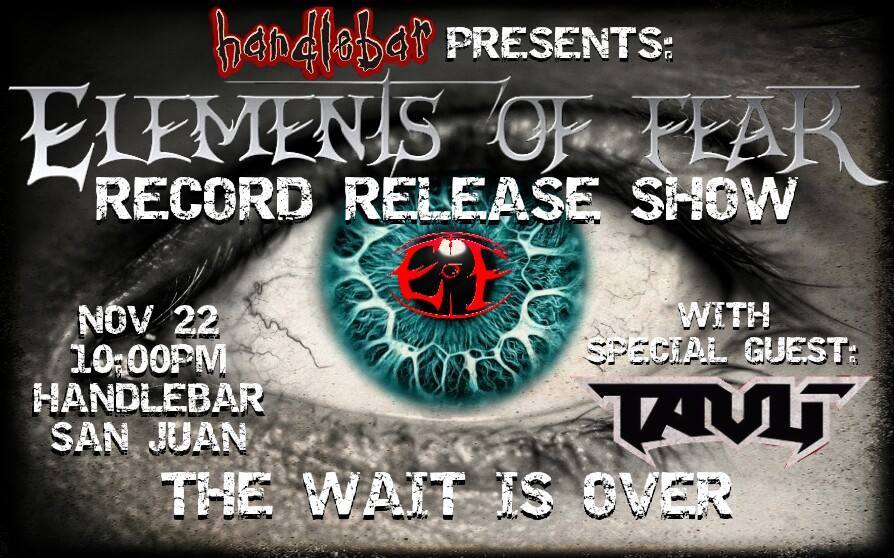 There is another important show that has not yet been confirmed for November.  We hope it happens since it's going to be a great one!


That said, we have some news.

We have been behind the scenes working hard on a number of things, musically multitasking you might say.

We are writing new music for all of you, and so far, we are extraordinarily excited with the new songs.  "Clamor Victorium, Clamor Silentii" raised the bar for us, and with the new material, we are pushing it further.  You might hear one of these new songs in upcoming shows!


We are also hard at work preparing for a very special presentation: our 18th Anniversary Live Stream.  We will be joining the Radioactiva/Latin Rock program in their new live stream format, and will be the first band to play in their new show.

Many of you have been unable to see us live, and many of you wonderful Tavu fans live in a ton of different places all over the world.  So, instead of you coming to us, we are coming to YOU.

We will play a spectacular concert in celebrations of our 18 years of musical trajectory, and it will be pro-shot live and streamed right into your computer, television, cellphone, tablet, or whatever device you utilize to watch your live music!  It will be intimate, powerful, and personal, done especially for all of you.

We will be announcing the official December date soon!

And finally, our editor is hard at work finishing up the music video for "A System Without Honor".  This video has been a constant battle with Murphy's Law, with everything from illness to severe technical issues conspiring to slow down its progress.  But, all that's left are some final details, so we will be announcing the official release date soon.  Since it's in its final touches, we plan on a late October or early November official release.

We are proud of this beast, and although the wait has been tense, for all of you as well as for the band, trust us when we say, it will most definitely be worth it.

We have to thank Luis Freddie Vazquez for directing it, Carlos García for doing an amazing job as director of photography, Jorge Castillo for an amazing job with the CG/Green Screen effects and editing, and the Radioactiva/Latin Rock crew for helping us nail the studio for filming.

And on a final, interesting note, Tavu will have a very special guest drummer for one or two shows during the late October/November run of shows.

David will be out of Puerto Rico for a few weeks due to professional reasons, so we contacted our good friend and all around bad-ass drummer, Leo González from Protocols, to take over the drum throne while David returns.  All of you who have heard Protocols know that Leo is a vastly talented drummer and all around awesome dude, so having him take over when David is away is a great fit.  If you HAVEN'T listened to Protocols, what are you waiting for?  DO IT! 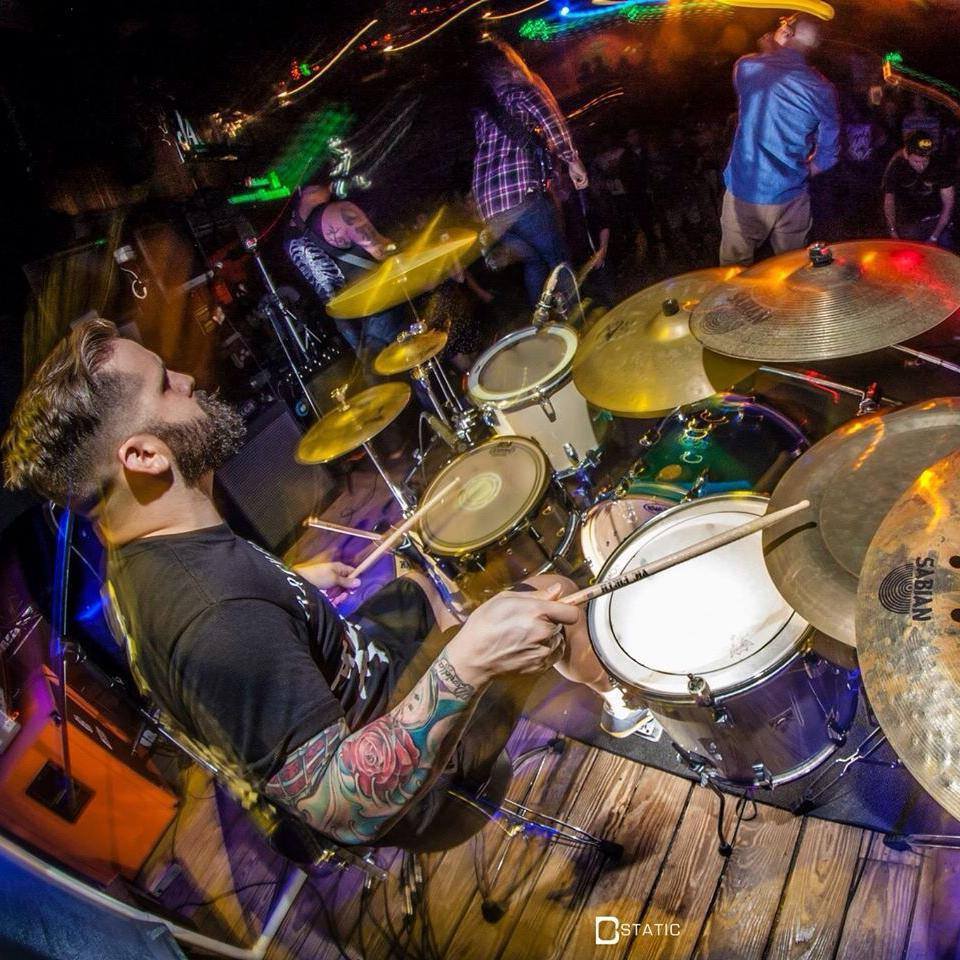 You will see him at the Logan's show October 24th, as well as maybe in one or two shows in the future while David returns.  This is a must watch event!


We will give you more news as we get it!


Thank you all for your massive support!